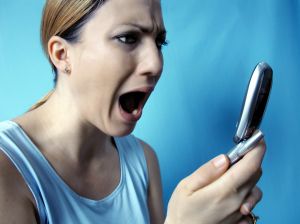 Though this story has little to do with the normal topics we cover in the travel arena, it is so bad, we felt the need to comment.

It was announced this week that 27 nation European region will allow mobile phones on airplanes – allowing travelers to make and receive calls through onboard base stations (a computer system that will link up GSM phones to a satellite and then to ground networks). UGH! I can only imagine.. listening to some chatter box talk endlessly on their cell phone, talking loudly to overcome engine noise and others, and then add to that.. dozens of others doing the same. I can just imagine trying to sleep on one of my European flights – which I will be taking to race in Italy this summer – and being awakened to the endless chatter and ringing of cell phones.

Simply.. this is a very bad idea. People cannot even control themselves and their narcissist usage of cell phones as it is on the ground, now we want to cut them loose to use them on planes? The ONLY saving grace here is hopefully the prohibitive cost of placing a cell phone based call at above 10k feet – yes, there will be a surcharge – will make this service slow to catch on and stall it from widespread acceptance.

Cell phones would, for safety and security concerns it was said, not be available during takeoff, landing or during turbulence. Oh great, that only leaves umpteen other available hours of endless seat mate and passenger cell phone chatter, and horrible endless obnoxious ring tones. It was noted that EU overseers of this ‘freedom’ asked airlines to set in-flight etiquette rules to ensure a balance between those wanting to make calls and others who in need of a few hours of quiet-time. Uh, yeah.. but come on, you are dealing with people, who are generally selfish in nature.