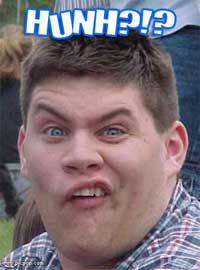 Interesting clash of stories in the news today. Kind of shows, IMHO, how once again the airlines are a day late and a dollar short in their decisions.

So, a story on MSNBC today talks about the fact that due to all of the recent credit card changes as CC providers scramble to make sweeping changes before the looming deadline allows them to, has caused consumers to get fed up with shocking rate increases, rising fees, new lower limits imposed, and accounts in perfect standing closed. The result, consumers have decided to counter this attack by paying cash and ditching their cards.

At the same time, juxtapose the fact that this past week, Continental, Delta and Northwest reportedly joined United, AirTran, Virgin America, Alaska, Frontier and Midwest in the movement to stop accepting cash for in-flight amenities in favor of credit cards. Flight attendants are now solely equipped with card readers, cash is no longer accepted for onboard purchases.

What’s the point? While many consumers are cutting back credit card use given the mostly negative sweeping changes by the CC industry, working to get their debt in line and stopping the carrying of revolving credit, the airlines, on the other hand, already in known financial peril, not only institute fees for everything under the sun, but then decide the way to take payment for said fees will be done solely by CC.. the method people are actively cutting back on. Makes it easier on the airlines, but expect revenue to further drop with this move as people already opt not to buy offers onboard, even less so now if they MUST use a CC.