A Conspiracy Theory about the "Second Bag" Charge 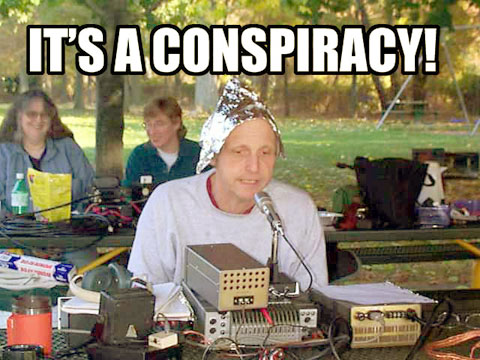 At AirportGyms.com, we (sorta) believe in a conspiracy within the airlines. A conspiracy concerning the now ubiquitous airline industry wide “second bag” fee.

We are not fully convinced that the second bag fee is just to “cover the rising fuel costs” as they claim, but rather, it is a very sly way to free up air cargo space in the hold in an effort to carry more lucrative cargo like USPS, UPS, shipping or moving freight from a private company. Think about it.. this way, the airlines get a chance to double dip. You pay for a ticket, but must pay for a second bag. Now, they get a chance to make an extra $25 off you. But, if they do not sell that space to you – instead you decide to save your money and not take a second bag – you have now freed up space and weight for them to load on and ship cargo that routinely awaits transport on airlines. So, instead of you paying to carry your bag, a third party pays the airline to use that available cargo space to ship its cargo to a destination. So, they got you money for the flight, a little something extra from you if you do decide to take an extra bag or they can sell the space if you do not – making additional profit on the flight by making it a cargo flight as well as a passenger flight.

Airlines selling space on their passenger flights to cargo companies is pretty well documented and not something that is trying to be hidden by the airlines, but it is also not widely known to be taking place by the public. But now, in our conspiracy circle, we believe there is even more incentive than ever for them to make it hard on you to want to use that space, and if you do you will be charged $25 to do so – a little something for their lost sellable cargo space, as they would rather sell it to a much higher paying client willing to buy it for shipping purposes.