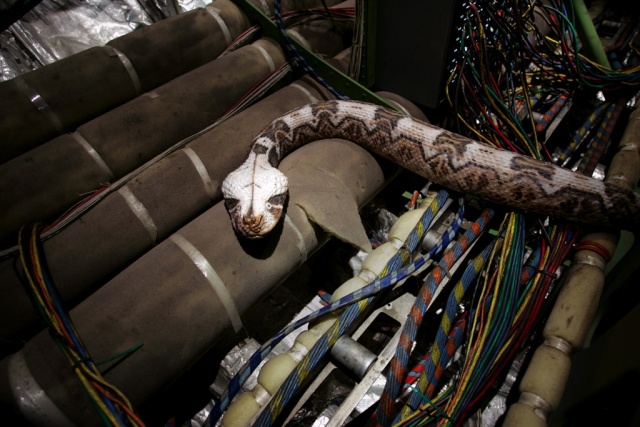 If you MUST travel with your dog, and he/she is to big to fit into the cabin with you, one flight having to crate your dog in a plane’s cargo hold – just like your checked baggage – is generally enough to convince you to not do it again. One search on the web claimed that the stats show roughly 5,000 or less animals are killed or lost every year in the cargo hold!

Well, Alysa Binder and Dan Wiesel felt the same way and spent the last 5 years designing their fleet of five planes, with four-legged requirements, dealing with FAA regulations and setting up schedules with smaller regional airports in New York, Washington, Chicago, Denver, and Los Angeles. According to them, flights on Pet Airways are already booked up – at $250 1 way – for the next 2 months. And a flight takes about 24 hours as they stop over and take pee, dinner and play breaks and then resume the flight the next day.

An excerpt from Chicagotribune.com stated, “For owners the big difference is service. Dogs and cats will fly in the main cabin of a Suburban Air Freight plane, retooled and lined with carriers in place of seats. Pets (about 50 on each flight) will be escorted to the plane by attendants that will check on the animals every 15 minutes during flight. The pets are also given pre-boarding walks and bathroom breaks. And at each of the five airports it serves, the company has created a “Pet Lounge” for future fliers to wait and sniff before flights.”

Interesting concept.. but is it viable with such limited routes, longer flight times and a cost pretty much on par with the “big” airlines.