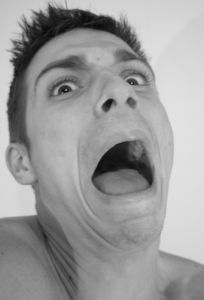 Yep, you read it correct… it finally happened…. according to a story on MSNBC, United Airlines (my main airline it so happens) new policy to charge fliers for a 2nd checked bag takes effect on May 5. That is, unless you are a ‘Premier’ frequent-flier (or “Silver” status or higher within its Star Alliance program). As far as I know, this is the first major player in the airline industry to put this into play… which we all know means the others will follow suit now that the door has been opened. This new fee will be for all nonrefundable domestic economy tickets, while International flight rates will not change (yet), and applies to tickets purchased on or after the 4th of Feb. and travel after May 5th, 2008.

“United Airlines will start charging domestic passengers $25 to check in a second piece of luggage if they are not part of its most-frequent-flier programs, the airline said Monday.” The story then goes on to quote an executive for United who states, “The new policy will allow customers with many bags to continue bringing them for a fee and enables us to offer competitive fares to everyone.” Clearly, this is just another form of double dipping in that it is not like they will reduce fairs and stop passing on fuel costs to the ticket holders as that statement implies. “Enables us to offer competitive fares to everyone” implies, to me, rather than raising ticket costs or passing on fees, they are going this route to help generate $100 million in revenue and cost savings each year.. but be rest assured, rate increases, cutting back on in flight services, passing on fuel costs, and extra fees will NOT stop just because they plan to institute this new 2nd baggage fee. They will apply those and this new fee (and others if they can).

This is particularly scary for those of us that travel with bikes as they also stated “The cost to check items that require special handling because they are large, overweight or fragile will now be either $100 or $200, depending on the item.” On United, the cost for a bike was $100 – so I am hoping they are not implying those would go to $200 in this new fee structure. I guess time will tell as the new rules and exact rates for that sect of baggage is not online as of this posting.